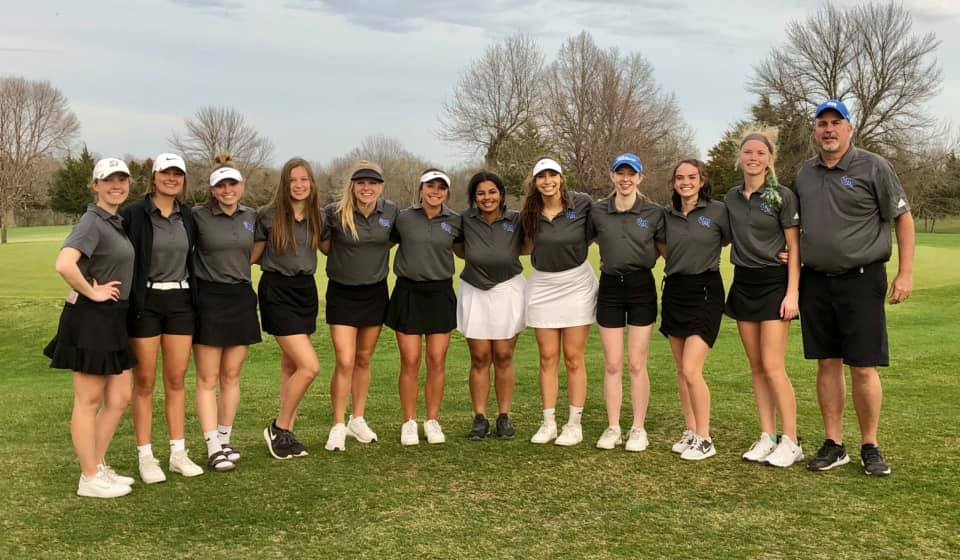 The battle of the home teams took place on Tuesday afternoon at the Lakeview Country Club. Both Winterset and Van Meter use the course as their home venue.

Van Meter won the battle shooting a 177 while Winterset shot a 216. The 177 was 5 strokes better than the previous meet. Kylie Carey shot a 38, earning her the medalist honor, while London Wille was right behind her with a 41 for the runner up. Shae Bernhardt finished the afternoon with a 48, while VM Freshmen Regan Bernhardt improved by 6 strokes from the day before with a 50. Dani Jones and Emma Bruins shot a 59 and 63 respectively.

This was also the first JV meet for the Bulldogs. Kaylie Golwitzer had a great round shooting a 56. Molly Blomgren (61), Maleah Durand (62), Sami McDonald (66) and Sydney Rainey (84) rounded out the scoring for the “Little Dogs” JV team.

The Bulldogs are now 3-0 on the season and will be back in action next week at Ogden and Gilbert.