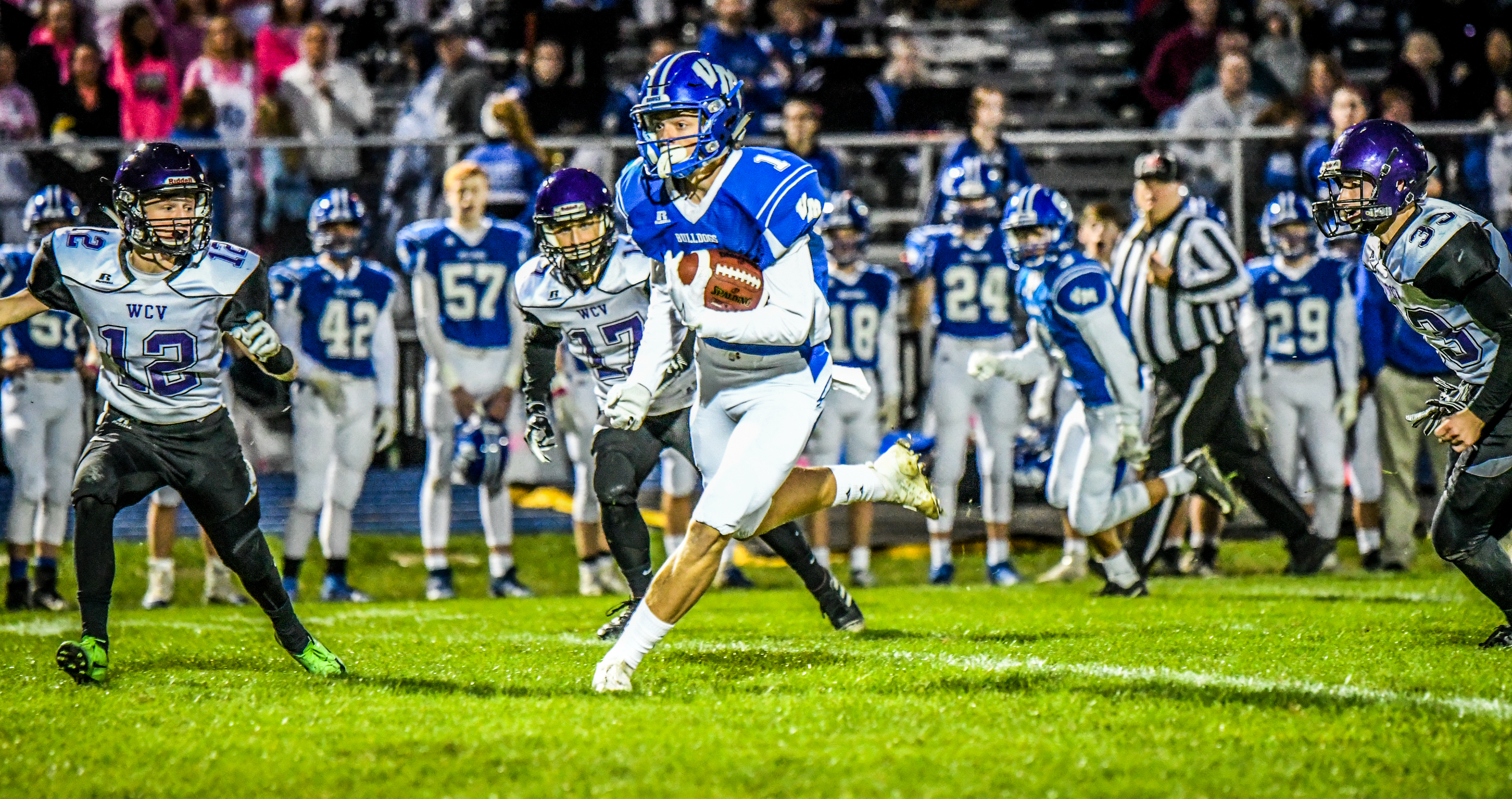 The Van Meter Bulldogs moved to 6-0 overall and 2-0 in district play with a 48-6 win over the West Central Valley Wildcats this past Friday night. The Bulldogs would rack up 454 yards of total offense in the game with 379 yards coming on the ground behind the work of 7 different ball carriers and several different combinations in the offensive line.

Van Meter would find the end zone for the first time just 1:16 into the game as Ian Abrahamson would score on a 1 yard run. Zach Madden would add the PAT and the Bulldogs would lead 7-0. On the Bulldog’s second possession, Anthony Potthoff would find Zach Madden on the very first play for a 41 yard touchdown pass. Madden would again add the PAT and the lead would grow to 14-0. Less than 3 minutes later, Abrahamson would find the end zone for his second score of the game on a 41 yard touchdown run behind some stellar blocking. After the PAT by Madden, Van Meter would lead 21-0. The final score of the opening quarter would be set up after Ryder Koons recovered a fumble on WCV’s punt attempt. Dalten Van Pelt would score on a 2 yard run 2 plays after the fumble recovery, and following another successful PAT by Madden, the score would be 28-0 in favor of the Bulldogs.

As many reserves saw action for the remainder of the game, the Bulldogs kept on rolling. Dalten Van Pelt would find the end zone again on a 9 yard run to start the 2nd quarter. Zach Madden tacked on the PAT to make it 35-0. Ganon Archer would finish off the scoring in the first half on a 4 yard run to make the score 41-0 at half time.

Carter Durflinger would add one more score for the home team with a 15 yard run. Caden Tost would add the PAT to stretch the lead to 48-0. In the forth quarter, the Wildcats would score with :50 remaining in the game to make the final score 48-6.

Van Meter’s defense was very tough as they only allowed WCV to rush for 22 yards on 23 rushing attempts. In addition, the Bulldogs only allowed 85 yards passing for a total of 107 yards allowed on 50 plays for the Wildcats.